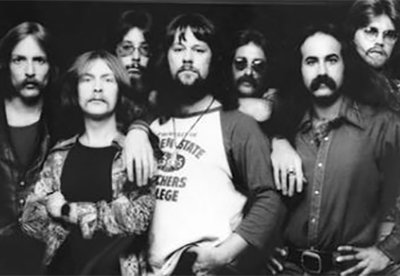 Genre: Classic Rock – A Valley favorite!
Bobby Mason collaborated with Bob Carpenter, now keyboardist for the Nitty Gritty Dirt Band, to form a band called Homebrew. At that same time, John Denver was putting together a new record label called Windsong Records, a subsidiary of RCA. John asked Bobby and Homebrew to be among the initially signed groups who were recording all original material. Their work was covered in the 1970’s by a number of other successful groups, including Three Dog Night, the Nitty Gritty Dirt Band, and John Denver himself.

Homebrew’s manager, Bill McEuen, booked them at the Roxy in Los Angeles, where they were showcased for all the major labels in the L.A. music scene and signed with Columbia Records. Shortly thereafter, the group was renamed Starwood by their new manager, Jerry Weintraub. Their next record was produced by Bruce Botnick at the famous (and sometimes infamous) Caribou Ranch in Nederland, Colorado; the home of many of that era’s greatest hits. They toured extensively with the Nitty Gritty Dirt Band, Santana, Journey and Eddie Money, playing such places as The Cow Palace in San Francisco, and the Dorothy Chandler Pavilion in Los Angeles. They appeared on several television shows including The Merv Griffin Show with John Denver and the Starland Vocal Band.